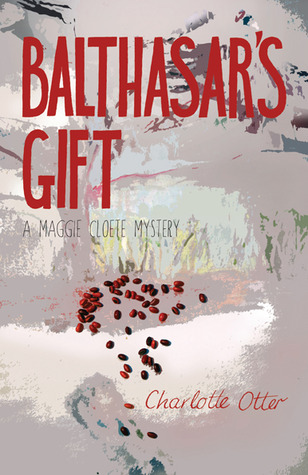 I could start with “I should have read this book a long time ago”, or “I’m like the last person on the blog world to post about this book”, or “why oh why did this book linger for so long on my nightstand?”… and I could tell you a lot of excuses. The truth is, I bought this book first when it came out in German, because Charlotte Otter is a delightful person whose blog I have been reading for ages and because I like crime novels with a deep sense of setting.

But I’m reading German very slowly these days, and my understanding level is not really enough to follow a well-crafted plot full of characters and twists and turns (did I mention fights?). So the book remained there half-read. I got frustrated. Not with the book, but with myself, for forgetting the languages I was fluent in before (I’m not even starting on Chinese), for failing myself, and failing Charlotte who had taken extraordinary lengths to have this book published (can you imagine that she also has three kids and a corporate job?).

And then I decided to look facts squarely like they are, and not waste energy and time in guilt and regrets, a bit like Otter’s heroin Maggie Cloete who rushes headlong into her investigations even if it means putting herself at risk. I wanted to enjoy the detailed South-African background of the book, understand the deeper issues of Aids during the 1990s, and for that I had to let go of the German book. Mid-December, I bought Balthasar’s Gift in English this time, and it was such fun!

Dark fun, but still. Everything I know about South-Africa is through the media or hearsay, but Charlotte managed to make the country alive under our eyes, in its complexity and density, without slowing the plot down with too much explanation. The only downside of this book is that there is a lot going on, probably enough to fill two books, so that it takes a while to have all the strands neatly tied up at the end!

In this mystery, Maggie Cloete, a determined crime reporter in Pietermaritzburg, hasn’t followed up on a call by Balthasar Meiring, an AIDS activist, who urged her to take an interest in the trial of a quack accused of selling fake Aids drugs. A few days later, the AIDS activist is shot, and soon Maggie feels that it’s more than just a random robbery killing.

I won’t probably buy the next book in German, but I’ll gladly read the next Maggie Cloete mystery!