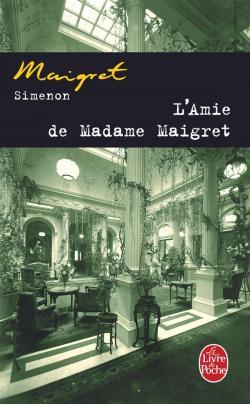 Coming back from holidays, I find my WordPress drawers accumulating dust and drafts. Quick, quick, I want to mention a few more books before the summer ends!

In June when I went to the writing retreat we were lucky to have a wonderful library at our disposal. They were second handbooks, old paperbacks and yellowed classics, but I found the crime shelf particularly inspiring.

I borrowed several Maigret mysteries because I wanted to study them rather than getting absorbed by the plot itself. After all, I’d come to write and not to read! Simenon may have been a not very nice person in life, but as a writer he’s certainly an impressive figure to behold. He wrote hundreds of novels and hundreds of stories, often completing a full draft of a novel within one week! He’s famous for his enormous production, but also for his very simple and straightforward style, very concise yet highly readable, and for fleshing out a character in just a few words, one sentence or two, enough to create a vivid image in the reader’s mind.

Researching this post I stumbled upon an article by Peter Foorde about the inaccurate translations of Simenon’stories into English, that demonstrated that in the 1930s and 1940s a certain amount of padding was added to Simenon’s texts because his style was deemed too simple.

How did he achieve this without characters being mere clichés? Taking random paragraphs of one novel was a very good exercise, as was the systematic comparison of first paragraphs for his short story collection “Maigret and the tail-less piglets”. I had watched the TV version of several of these stories and so the story became easily secondary compared to the characters and description. Not one word was wasted. Sometimes it is even terse, and it’s not particularly flattering for characters presented this way.

When the two books were finished, I was awed by Simenon’s craft. The stories were nuanced yet simple, the characters had depth yet were shown with few sentences. Simenon said that the most important piece of advice he received on writing was not to be literary. He sure isn’t, and yet his books are literature, not just commercial pulps.

What an inspiration! What a teacher!

3 thoughts on “Two Maigret for the Road”