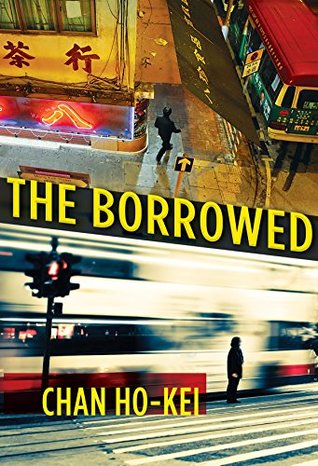 I can’t remember who put me on the track of this novel, but I’m really grateful! I was in the mood for more books set in Hong Kong after finishing The Man in the Wooden Hat by Jane Gardam and I promptly took this one which I had bought in a French translation in September of last year.

It was a slow start, because I couldn’t really take the story seriously. The book is told in six sections in reverse chronological order, and the first one (which would be the last one) is not the best story in the book. It opens with a retired detective on his death bed, who contributes (I won’t spoil it so bear with me for a convoluted explanation) to the elucidation of a locked-room mystery. Let’s just say it was weird, to the point where I wondered if it wasn’t really a kind of joke!

But the remaining five stories were a lot better, and were also more deeply set in Hong Kong. From 2013 we jump back to 2003 with the murder of a canto-pop starlet who happens to work for one triad boss. This could escalate into a full-blown triad confrontation, with the old generation being threatened by new style mainland thugs. From 2003 we jump back to the summer of 1997, during the very last days of British rule before the Handover and the economic crisis. On the very same day, two mainland thugs enter the territory, someone attacks an open-air market by throwing acid on passers-by and a dangerous triad boss escapes from prison during a transfer to the hospital. From 1997 we go back to 1989 during the Tiananmen movement in Beijing, and that presents a classic face-off à la JohnWoo. Then back to 1977, with a British cop from the ICAC (Independent Commission Anti-Corruption) had his kids kidnapped, while the pervasive corruption among policemen is exposed, resulting in dozens of policemen storming the ICAC and punching members. The last chapter takes place in 1967, a moment of huge tension in Hong Kong at the heyday of the Cultural revolution, with violent local unrest expecting the Communist mainland troops to invade the British territory.

The geographical and historical setting is precise and true to life, and the atmosphere is quite local. It’s interesting to see the evolution of the police force, who is at first barely tolerated by the population and seen as quite as corrupt as the triad thugs, until they got rid of the bad elements and got the trust of the people back. After 1997 and the return to China, the police are very much on the brink again. The plot of each story is clever and there are some twists I didn’t see coming. It reminded me of classic Hong Kong action movies I watched in the 1990s and early 2000s, while I was living in Hong Kong, like A Better Tomorrow, Infernal Affairs, The Killer, Hard Boiled… If only for the nostalgia factor, I loved it!

One thought on “The One with Hong Kong in Reverse”