I went on a graphic novel reading spree, because it had been much too long, and I will talk a little about them all here in one post, at the risk that you’ll have to scroll to the bottom of the Internet! 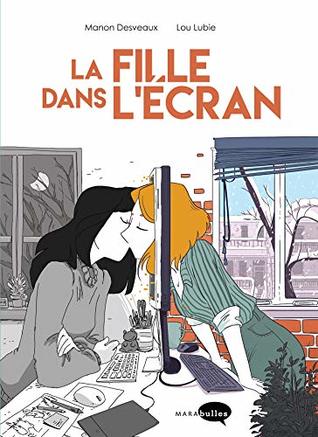 I started with La Fille dans l’Ecran (The Girl inside the Screen), a graphic novel where two young women meet online and develop a long distance relationships, first as acquaintances, then as friends, and later as… more? (It’s no big spoiler, they kiss on the cover!) Coline is a lonely 22yo, whose panic attacks have forced to drop out of university and to live with her grandparents in the country. She wants to write and draw a children book but she’s too shy to actually complete the project and hit “submit”. Marley is a bit older, she works as a barista in Montreal, but her passion was photography, until her boyfriend convinced her to prioritize serious stuff and earning money. Both women, who meet online entirely by chance, encourage each other through emails, texts and chats to flourish, express their true selves through their art and not to hide anymore.

The special thing about this graphic novel is that it is written and drawn by two young women, who are friends (and nothing more, apparently!). The left page of the book is the view from Coline, drawn by Manon Devault in black and grey nuances, and the right page is for Marley, drawn by Lou Lubie in colors. I feared that it would be a bit artificial and stilted, but it works amazingly! 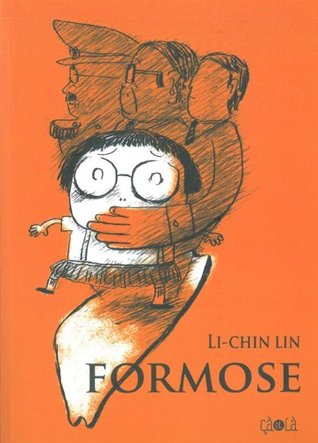 The second graphic novel is Formose, by Li-Chin Lin. It deals with Taiwan identity and I read its 250 pages all in one setting at the library of the Quai Branly museum. The author tries to explain how Taiwanese local identity has been suppressed in favor of a nationalistic, anti Communist propaganda for 50 years, and how she discovered the truth and the courage to speak a different language and a different world view. Taiwan holds a special place in my heart so I was naturally drawn to this graphic memoir, but I don’t think it would work as a primer, although the author takes care to give information about the geopolitical situation and the history. The book is drawn with a pencil and quite free, evocative of a naive manga style. The most interesting part is how kids internalized the propaganda and lived amidst different cultures seamlessly, but not without inner contradictions and struggles (the grandparents having lived the Japanese occupation, the mother speaking in Hakka / Hokkien, the teachers allowing only Mandarin Chinese…). 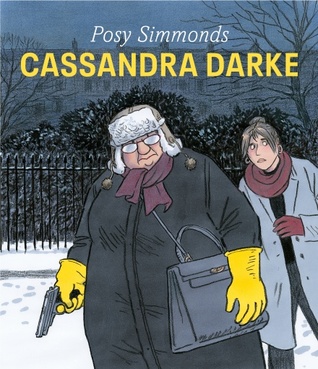 The third graphic novel I tried to wolf down is Cassandra Darke by Posy Simmonds, her very own interpretation of Dickens’ Christmas Carol. Now, since I’m not British I have just a perfunctory knowledge of Dickens version (my fault, I know), so I didn’t really appreciate the parallels, which must have robbed me of much of the fun. After all, Posy Simmonds is all about adapting classics to modern British ways. Perhaps because of this, I didn’t enjoy this one as much as Gemma Bovery or Tamara Drewe. Cassandra is a grumpy and unlikable Scrooge of modern times, and her evolution is quite subtle and witty. This book is not one you can read in a single sitting like the previous I mentioned, because there’s a lot of texts and lots of tiny details in the delicate drawings.

Three graphic novels by women, and all very different in style and story. Which one would tempt you?

One thought on “Graphic Novels Recap”