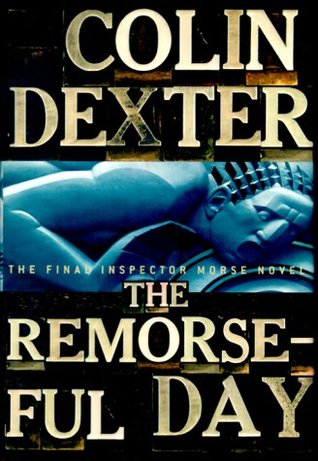 I’ve never really paid much attention to the order of books in a series, but never had I ever started from the end. Actually, this bit of information had totally escaped me when I bought this book in a second-hand bookshop in Antibes, on the Côte d’Azur, back in February.

The little shop was delightful, and I had to buy something, probably anything, but I’m quite bad at choosing one random book in a few minutes out of a gigantic stack. (Can you? I literally could hyper-ventilate at the thought of having to make one choice, and only one, among thousands of possibilities)

It had been a long time that I professed to want to read a Morse mystery, so it felt like the perfect opportunity. All the more when it comes with a price tag of 3€. Had I known that after meeting with this clever investigator, I would also see his death between the same covers, I might have hesitated. Still, I don’t regret it.

Even though I’d never read it, Morse and I go a long way. I’d listened to some investigations on BBC Radio 4e way back when. I’m a fan of the series Endeavour, which is supposed to portray Morse as a young inspector just starting in the police in the 1960s Oxford. As we visited Oxford, we even stumbled upon a conference held by Collin Dexter near the Ashmolean Museum (we just were in the elevator together, but of course we didn’t have tickets).

The plot of this mystery takes a back chair compared to Morse’s inner monologue, his failing health and his inability to act on his alcohol addiction, and to the relationship between Morse and Lewis, his faithful Watson-like partner. Morse is forced by his boss to reopen an old cold case (the murder of a sexy nurse at home) and he reluctantly takes the load.

What was a nice surprise to me is that Dexter writes the story in a series of very short chapters, each started with a very apt quote, and there’s a lot of British witticism. The very short chapters were a nice plus in the current stressful situation where I had difficulties to focus. At some point the investigation takes Morse and Lewis to the local pub (of course!), where two old regulars are always commenting and they strongly reminded me of the two old men from the Muppet Show, Statler and Waldorf. This was my first Morse, but certainly not my last!

3 thoughts on “The One with the Final Morse”