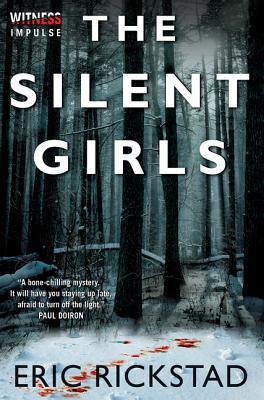 I have Sarah from Crime Pieces to thank for finding this book. It was quite a while since I haven’t read a book like that: a combination of noir, thriller, horror and police whodunnit. It was a good mix, but it’s difficult for me to tell a lot about the story without giving away too much. Let me try.

The hero is an ex-cop turned private investigator in the tiny Vermont town of Canaan (please pardon me, I didn’t know it was a real place just next to the border, that weird line that is totally, like, horizontal between the US and Canada. Even in real life it doesn’t seem exactly thriving).

The police needs him to look for a missing girl who is legally emancipated: they are worried but unable to launch an official investigation. Franck Rath, following the rules of the genre, has some issues of his own: he’s still rehashing his guilt over the gruesome murder of his sister, more than a decade before, which made him abandon the police force to raise his sister’s baby as if she was his own.

With a nasty backache, a recent empty nest (girl in university), and the disturbing prospect of his sister’s killer being release on parole, he soon gets convinced that not only one, but a series of young women have disappeared for years in the area. The hypothesis of a serial killer is hard to sell to the police though, as these girls are all different and no body has been discovered. Until…

I won’t go any further, but I was quite impressed by the book and some touchy issues he addresses. The main character is suitably flawed, the atmosphere is chilly and gloomy: it’s really no advertisement for Vermont (the only thing I knew about Vermont is maple syrup, and it’s not even mentioned here!), and those tourists who come to resorts for the landscape are chastised for destroying the environment and offering little to the local economy.

After a huge “bang” opening (which might be misleading as I definitely thought of Stephen King), the pace of the first half is rather slow, but I liked it. I needed some time to get acquainted with the place and people (so far removed from the American dream). The last part is sustained at a breathtaking pace, with an incursion into gothic and gore that I didn’t expect.

It has quite a potential for a series, but the ending (a twist I certainly hadn’t seen coming) make it unclear whether it’s meant to be a stand alone. Eric Rickstad is indeed a man to follow.