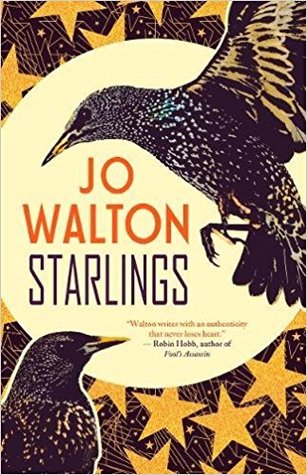 What if one of Jane Austen’s letter wasn’t sent to her sister Cassandra but Troy war’s Cassandra?

What if the old woman didn’t really suffer from dementia but was actually visited by aliens?

What if Joseph told his own version of the Annunciation?

What if Google’s search engine wanted to act morally by orienting some of its answers to our questions?

What if people sent a spaceship to colonize another planet in a few generations, but that their descendants no longer wanted to go there?

What if kids who had saved the world with magical powers during their childhood (Narnia style) grew up to become accountant, art historian and fake fortune tellers?

What if a fairy was discovered in the garden by an unimpressed 5-year-old?

What if the magic mirror from Snow White’s evil queen could speak for itself?

What if aliens did write SF books about a weird world full of creatures called “humans”?

What if clone technology had permitted anyone to give birth to a baby Jesus (and what would they grow up to become)?

These are a few of the numerous questions that Jo Walton set about to answer. The book is a mixed bag of short stories (some flash fiction), poetry, even a play and a writer’s bio in verse (that one is a keeper). A lot are funny, a few are set in dystopian worlds, a few are rather dark but not many. I chose this book on Netgalley a bit randomly, because the name rang a bell and I wanted to read some short story in genres that I don’t usually read. I’m glad I took this chance, because it was worth it, and the stories never took themselves too seriously (something I often fear when it comes to SF). Between the time I started and finished the collection, I read another Jo Walton, Farthing (which I reviewed first) so I’m now convinced that this prolific writer can indeed write great stories in a wide range of topics and tones.

I received a free copy of this book from the publisher via NetGalley, for review consideration.

4 thoughts on “The One with the What-Ifs”