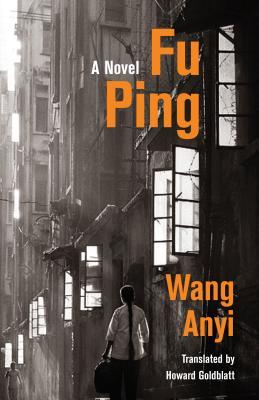 Howard Goldblatt is one of my personal stars when it comes to translating Chinese literature to English. And Wang Anyi is a big (female) name in Chinese literature (although it’s been decades since I read her). So when Goldblatt translates this novel by Wang Anyi, I want to read it, and to finish it, even if it’s not immediately comprehensible or enjoyable.

I believe this novel is interesting almost as much by what’s not in it, as by what it contains on paper. So I can understand why many readers must feel off-kilter or frustrated.

Fu Ping is a young Chinese orphan girl who is supposed to get married to Nainai’s grandson. To be sure, bride-to-be and groom aren’t exactly in love, since they haven’t met yet. This marriage is not exactly what Fu Ping wants, although she has few other options. It’s rather the consequence of a long-shot familial strategy from Nainai. Nainai is an ageing live-in nanny to some Shanghai privileged brats, and she decides to take Fu Ping in to have a closer look at the girl, who does not conform to the dutiful daughter-in-law idea at all. Fu Ping is rather passive and stubborn and uncommunicative, a very true-to-life teenager in my experience. Characters in this novel are plentiful and quite nicely developed. We get a glimpse about the daily life and struggles of Chinese working class and lower-middle class in and around Shanghai, and what is forefront in their minds.

What struck me most is that everything we learn about China’s history during the Mao era is definitely *not* forefront in their minds. I spent many pages trying to set the exact time period of the novel. I believe it must be the late 1950s or early 1960s (some web pages say 1964 but my ARC didn’t say). Politics are noticeably absent from the book, and this is *Huge*. Nainai charges’ parents are cadres in the Communist party who are busy with campaigns, but it’s only an aside and not a positive one since their daughters are brats and the parents don’t know what happens at home. Fuping’s uncle works in a cooperative, but it doesn’t seem to have changed the traditional, century-old ways of working on the river. Propaganda is absent, as are tragic upheavals of the Chinese history (unrest, political terror, famine and other catastrophes)

Marriage arrangements made by relatives without the bride and/or groom’s consent are often the staple of the old-days Communist approved literature (see Raise the Red Lanterns, for a fine example). Those books were often tear-jerking tragedies from the pre-1949 world, as this was supposedly abolished in the new world. Here things are not pathetic and black-and-white, but a lot more nuanced and matter-of-fact. Fu-Ping is not exactly a likable heroine. Nainai is not a scheming villain: in my point of view she just wants to ensure that she will have someone taking care of her in her old age, although her plan totally backfires.

The novel has some weaknesses, for sure: a meandering story jumping from one character to another, a hurried ending (which I defy anyone to have seen it coming)… Still, after a bumpy start I got to care about Fu Ping, Nainai and the others. Wang Anyi does an awesome job at making daily scenes alive, and I particularly enjoyed when the whole gang goes to a Chinese opera show during the new year festival, it felt so real! The book is a very good evocation of a world that is aeons away from present day China.

I received a free copy of this book from NetGalley, for review consideration.